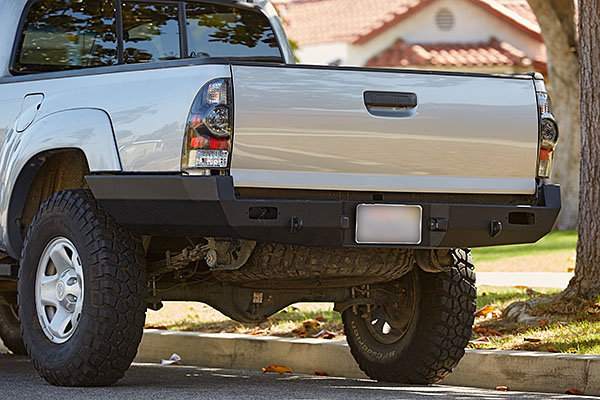 I recently installed my new Pelfreybilt High Clearance Rear Bumper for my 2015 Toyota Tacoma. This was a rather straight forward installation, but you definitely need a helping hand to lift it into place. Continue reading, and I’ll show what it took for me to install.

The first step was to disengage the electrical. There were two plugs for the license plate lights. I simply turned them ninety degrees and pulled them out of their light housing. Next, I unbolted the trailer socket and removed. I then cut off all of the wiring harness zip-ties that attached it to the bumper and trailer hitch.

Next, I removed the old bumper. On each side, there were five bolts attaching the bumper and tow hitch assembly. I only removed four and left the top-most bolt loose. I did this to aid in removal of the old bumper as well as installation of the new one. 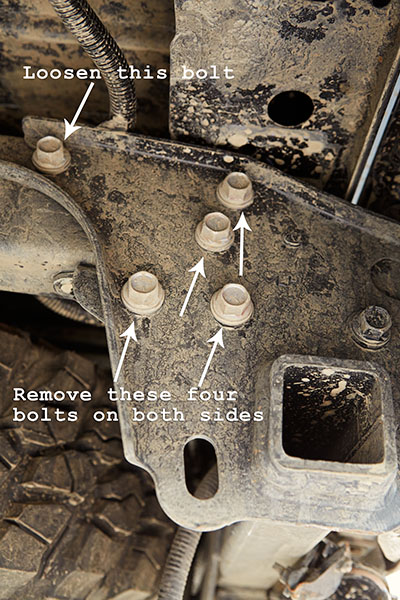 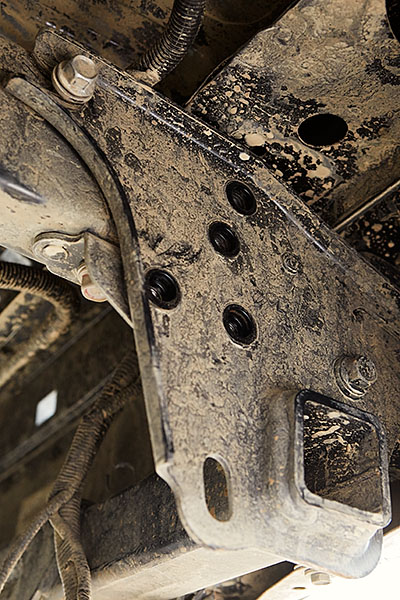 There is a pin on the bumper that engages in a notch on the frame. So in order to remove the bumper, I needed to lift it up and pull towards me on each side.

Once removed, you can see the pin on the bumper. 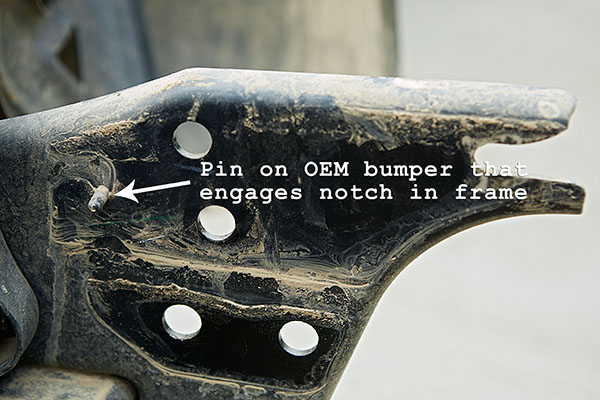 And this was the notch on the frame that the pin sat in. 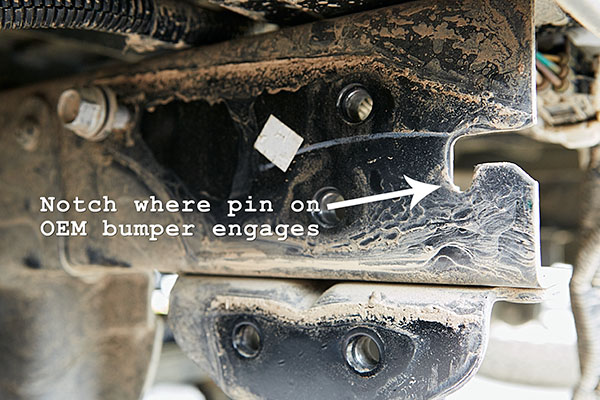 With the bumper removed, it was time to move on. 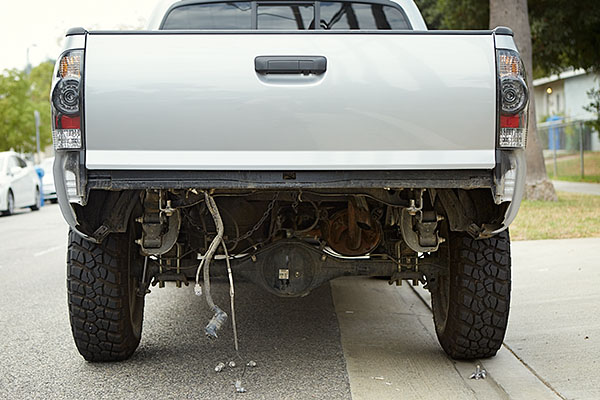 The next step was to remove the fender flares. I began by removing the bolts on the underside of the flare that attaches it to the bedsides. 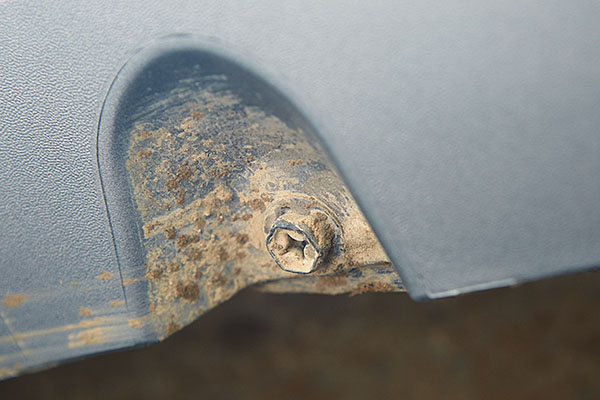 Then, the tricky part. Don’t just pull on the fender flare to remove it. You’ll easily damage the plastic retaining clips. Instead, I reached up behind the fender flares and removed the plastic retaining clips with needle-nose pliers. I just squeezed the little tabs and pushed them through. The difficult part is reaching them all. All I can say is, “Contorted body positions and strained neck.”

By the way, there are two types of clips, orange and blue. The only difference is in their sizing with the orange ones being slightly larger. 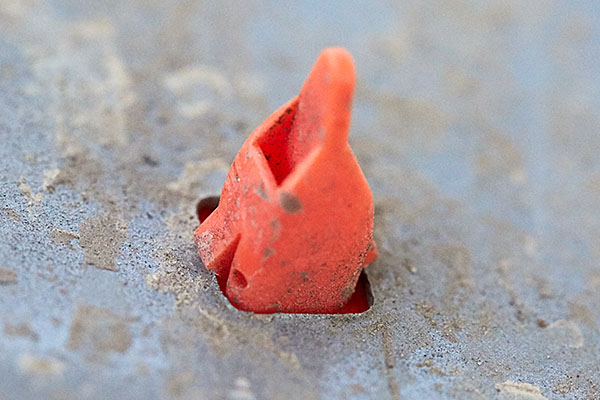 With the fender flares removed, it was time to mark and cut the bedsides. I used blue painters tape and marked a line on it. I measured down from the bottom edge of the bed cap with a flexible tape ruler so that my line was 1/2″ below the tail light. This ended up being 16 3/4″. 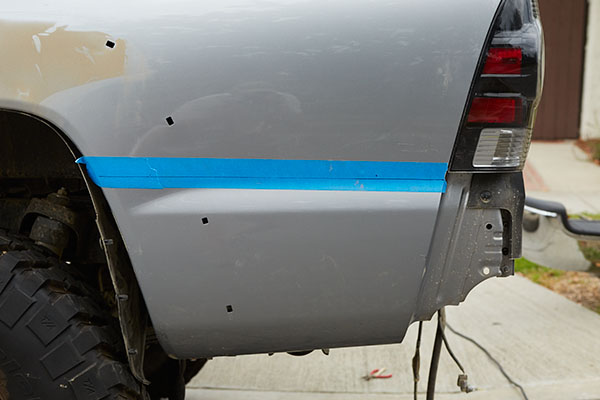 I used the following angle grinder with a 4 1/2″ x  1/16″ cut-off wheel. If you notice, I used the handle on the back side of the grinder. This was intentional. I held on to this handle and then used my knuckles up against the beside and a support guide. I worked slow and steady by first scoring a line and then taking a second pass to cut all the way through. 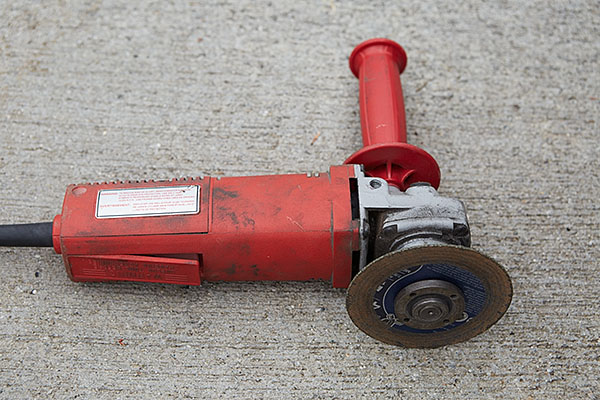 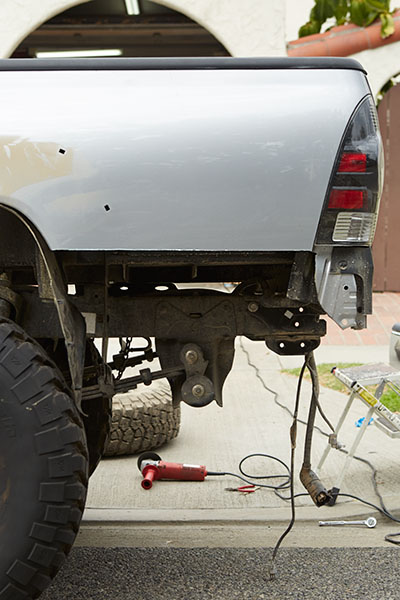 Next, I needed to attach the fender support brackets. I marked and drilled a 5/16″ hole. 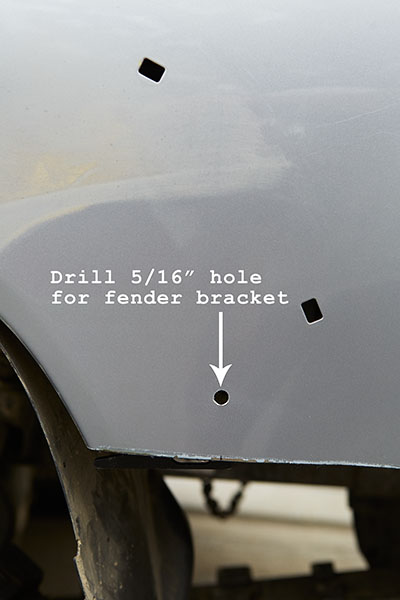 I used the supplied hardware to attach the bracket. This can be adjusted later to position the bedsides to your liking. 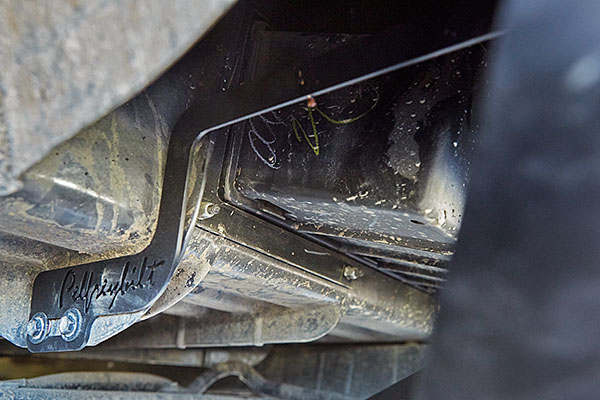 At this point, I installed the bumper temporarily. Lifting the bumper in place is really a two person job. I placed the center-point on a hydraulic jack, lifted it up, and then maneuvered it into place with the help of a friend. By leaving the top-most bolt threaded, we used that as a support point while we inserted the additional bolts. 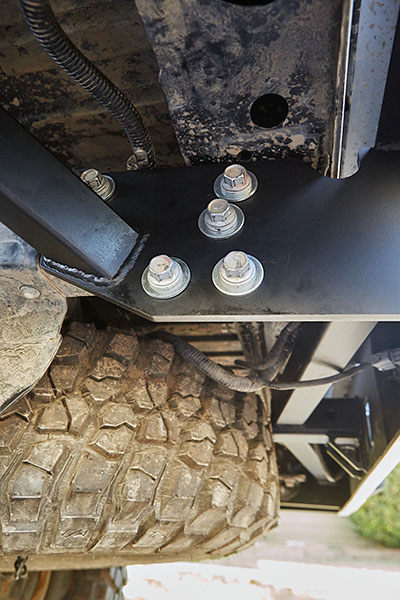 As excited as I was to see the bumper installed, I couldn’t torque them all the way. I first needed to evaluate my cut line, which needed a slight trimming. Once satisfied, I removed the bumper, trimmed, and used an 80-grit flap disc to smooth and de-burr the edge.

Before re-installing the bumper, I installed the fender flares, marked, and cut them to be in line with the bedsides. Then I painted the exposed edges of metal with primer. At this point, I should have installed the rubber molding, but I made the mistake of installing after the bumper was in place. Although I was successful, it would have been much easier had I done it beforehand.

To hold the rubber molding in place, I used Stick Fast CA Glue. I first attempted to use a two-part epoxy, but it would have taken me too long. I had some CA glue available, so I thought I’d try. Luckily, I had the option of thickness to choose from, thin, medium or thick. I figured the thick consistency would be the best. It worked like a charm. 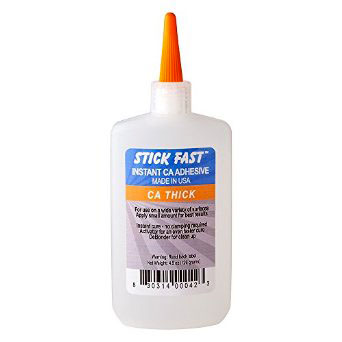 Installing the molding after the bumper was installed was a bit challenging, both to my patience and the final fit. In the end, I made it work and was satisfied with the look. 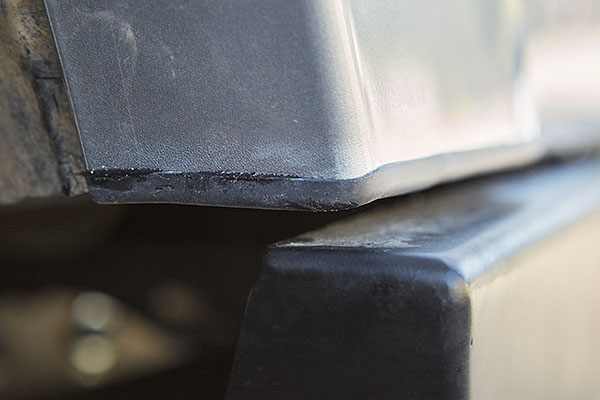 The instructions stated that the next step was to remove the black plastic trim pieces that wrap around the body below the tail light. I did so, but wonder in hind sight if this was really necessary. It appears that there’s enough room to keep them in place.

Anyway, it was time to permanently install the bumper. The final installation is relatively easy, but aligning the bumper was a bit frustrating. I really wanted the front point of the bumper to perfectly line up with the fender flare. Unfortunately, I was unsuccessful. This was the best I could to do without cutting the bolt holes on the bumper. 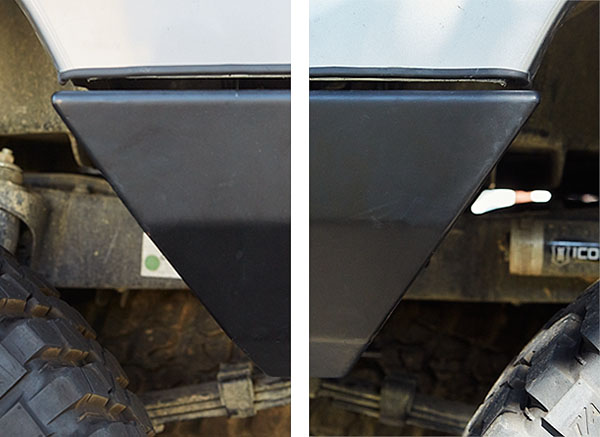 The bumper is designed to stick out from the bed sides to accommodate the fender flares. At this point, I adjusted the fender support brackets to align the fender with the outside edge of the front point of the bumper. It just needed to be pleasing. 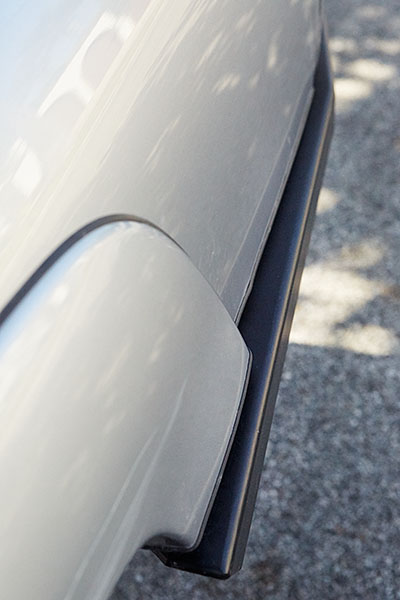 The installation was complete and looks great! If you notice, my bumper has cut-outs to accept rear-facing lighting. I’ll be tackling this project soon.

Even with the spare tire mounted underneath, there is a lot more clearance than before. 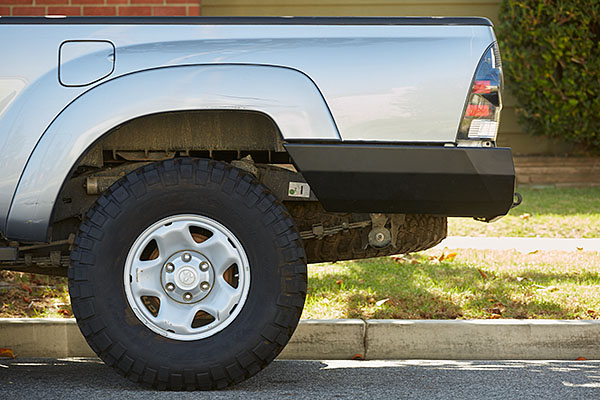 Overall, I’m very pleased with the bumper. Now, it’s time to go beat it up.