Today I’m going to review my experience creating new foam inserts for two Halliburton Zero cases that I use for a Fuji GX-617 camera. I used a company called My Case Builder, and the entire process took about two months, which is crazy when you think about it. However, when you break down all steps involved, it’s somewhat justifiable, or at least understandable. My hope is to inform others who are thinking about doing something similar, and perhaps help you in the process.

I started this project because my current foam was disintegrating. In fact, after ten years of use, it was so bad that minute particles were getting all over the camera. I was afraid that they would work into the camera and lenses, and then I’d have a bigger problem on my hands. This is what the two cases looked like before I started. 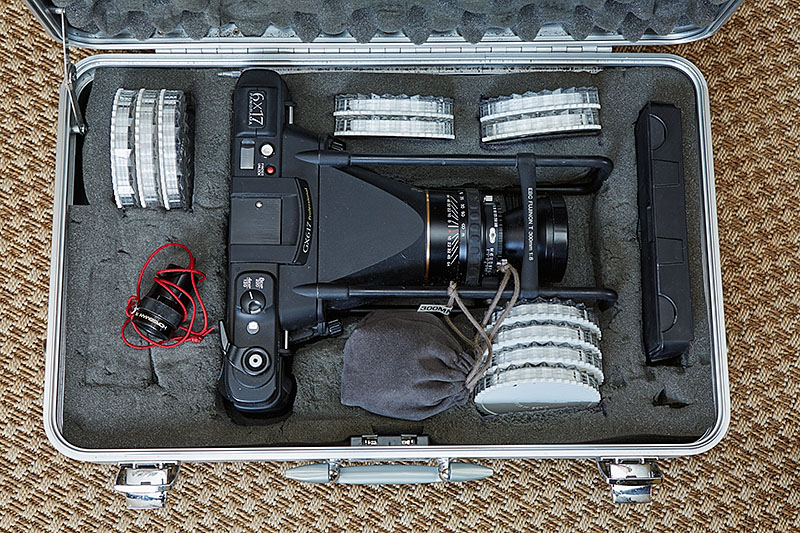 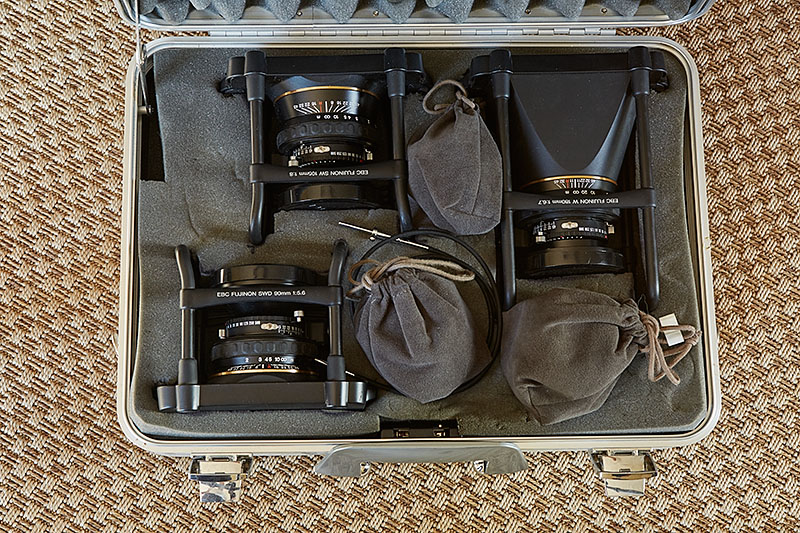 The process began in late November. After creating an online account at www.mycasebuilder.com, I navigated through their web application. First off, my two Halliburton cases were not available on their site. Furthermore, the camera and lenses were not in their library of shapes. Therefore, MyCaseBuilder offered two ways to create custom shapes. The first is with an online application they call Photo Tracer. This allows you to upload a photo that you then trace with their application. The second way is to define simple shapes of squares, circles, or polygons. These can be placed in combination to create more complex shapes.

My initial attempt to create shapes was with their Photo Tracer application. I took some quick snapshots of the camera and lens, uploaded them to their application and proceeded to trace. I quickly discovered that this wasn’t accurate enough for me. The main problem that I couldn’t wrap my brain around was with parallax error. Take a look at the following image. You’ll notice that the top and bottom protective arms that surround the lens element are not in alignment with each other. I attempted to take additional images with a longer lens and further my shooting distance, but it still wasn’t accurate enough for me. When the image is uploaded to MyCaseBuilder, the Photo Tracer works by following hard contrast lines. My trouble and concern was that the width of the slots for the protective arms was not going to be accurate enough. In hindsight, I feel that I may have been over-reacting a bit and perhaps too myopic. At any rate, I gave up and concluded that that process wasn’t working for me. 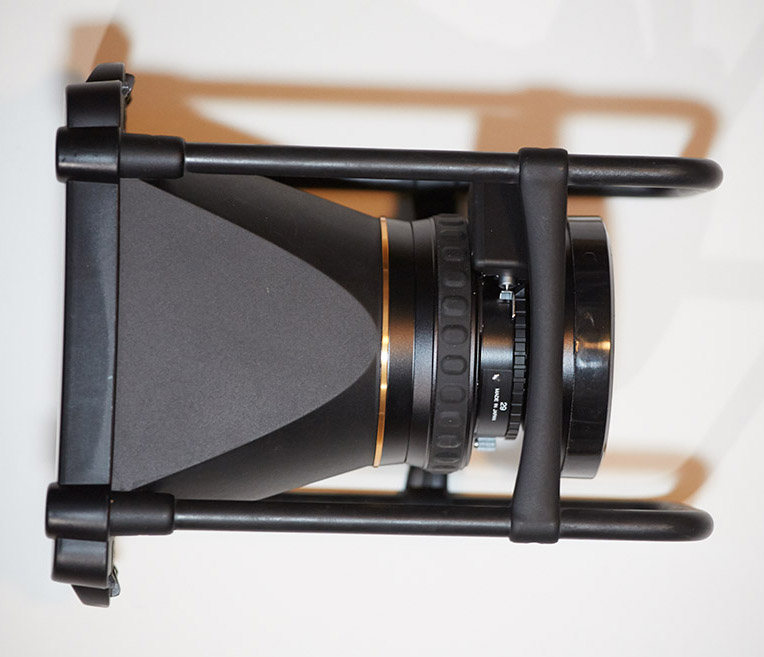 I decided to use the alternate method of adding individual shapes to their layout. Wow! I didn’t know what I was in for, because this was very laborious. I began by using graph paper and a right-angle ruler. I transferred the physical dimensions to the paper. 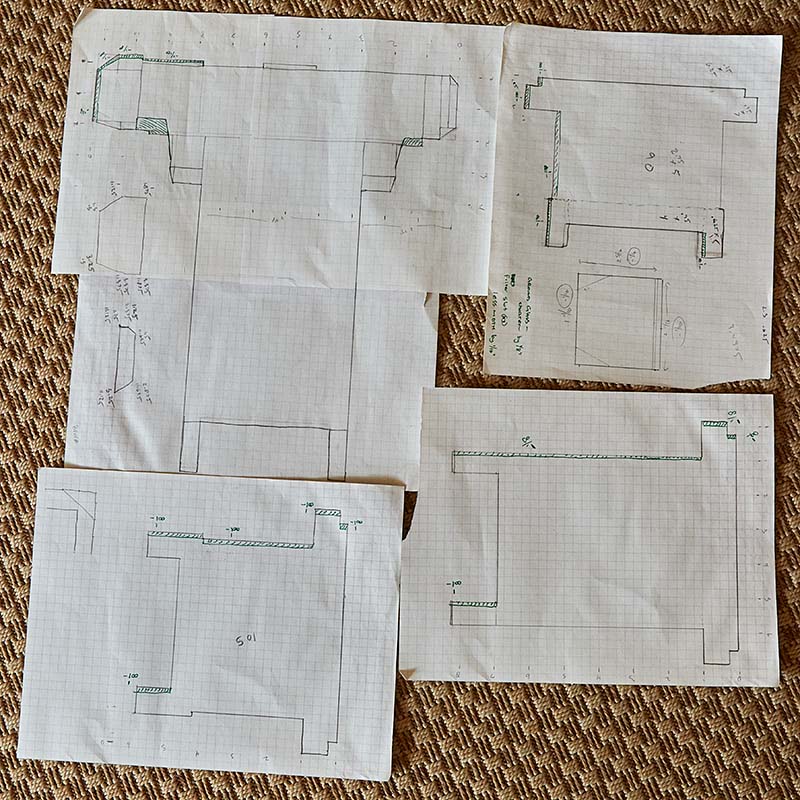 From there, I took measurements and added small individual shapes to their application. This was very time-consuming and not the best decision in hindsight. Although their application offers the ability to align objects, it doesn’t offer the use of guidelines. This would have been a very welcomed feature. Additionally, I would have liked some sort of grid system and the ability to snap the objects to the grid, or guidelines, or other objects. Unfortunately, this wasn’t available either. But I stuck with it and created custom shapes for the camera, lenses, viewfinders, ground glass, loupe, and filters. The following images show the final layouts. Note all of the small individual shapes I created, which together, form the overall outline of a larger item. 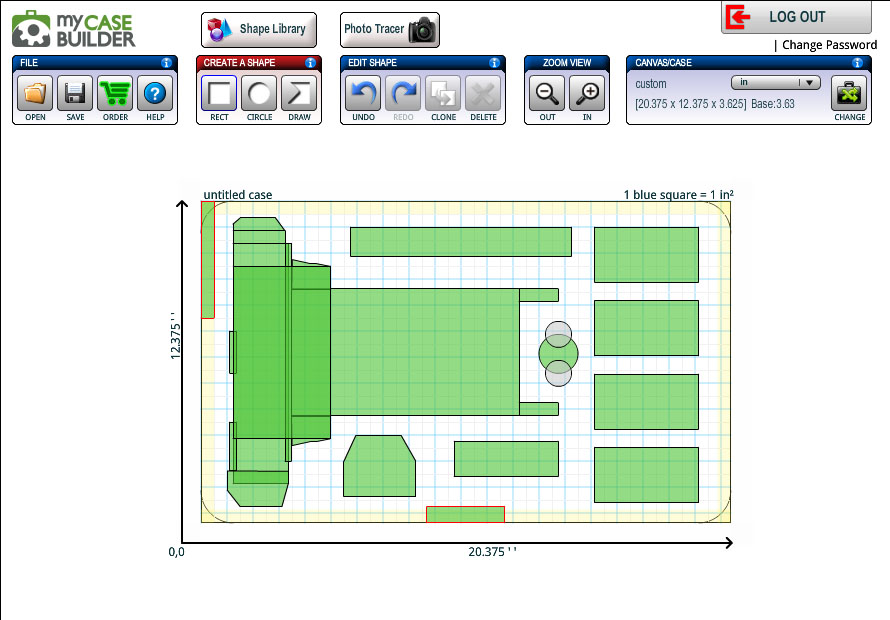 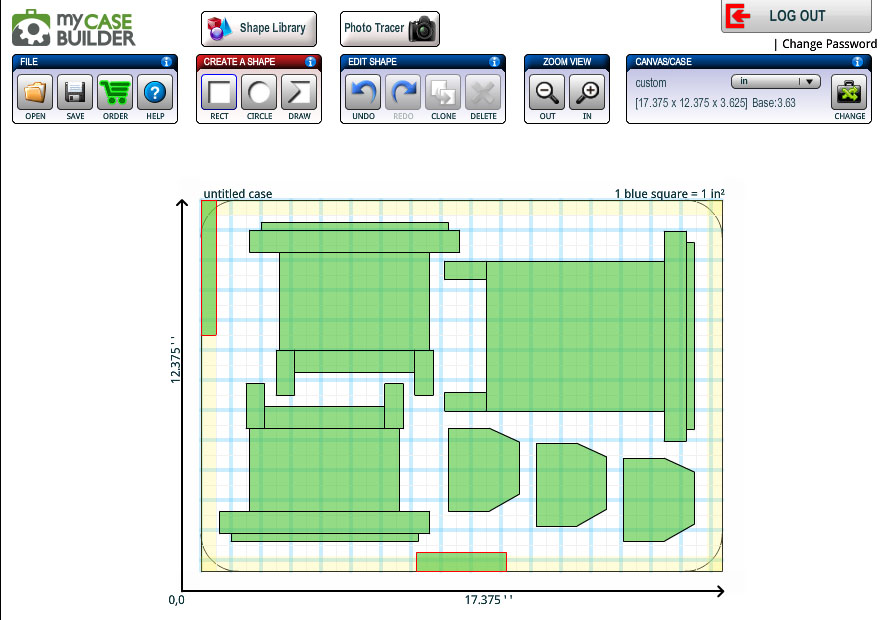 With the layouts complete, I submitted them on December 2, 2014. MyCaseBuilder states that the lead time is 6-8 business days. Then ground shipping to me across the US would probably be another five days. I eventually received the foam on December 19, 2014. Of course, I was extremely excited to check it out and put my cases together. This lasted only so long, due to all of the cutouts being a fraction too big.

After studying my drawings and layouts, I concluded that it was an error on my part. I left a bit of tolerance around each item, whereas I should have drawn the lines more exact. No big deal, though. MyCaseBuilder offers a do-over for 50% of the cost and FailSafe Protection for a cost of $7.99 at the time of submitting the order, but no additional cost for the do-over. Luckily, I signed up for their FailSafe Protection and immediately moved forward with re-doing my designs.

Although I was dreading the idea of using MyCaseBuilder’s application to make changes, I gave it a good effort. However, this proved to be a bit more difficult than I thought, and I gave up. The shapes needed only minute adjustments in various locations, but redoing them in their application was not as quick as I had hoped. It was taking much longer due to the lack of tooling features, and because the complex shapes were created with many smaller shapes. I needed a better solution.

With a bit of thinking, an idea popped into my head. Why not use Photoshop to create the shapes and then upload them to MyCaseBuilder’s Photo Tracer application? It was worth a try.

Using Photoshop, I was able to more quickly draw the final shapes. This worked like a charm, because Photoshop solved several problems for me. First, it gave me all of the tools that I was wanting, such as guidelines, grids and snapping. This gave me the accuracy that I so needed! It also provided the speed. I’m very comfortable in Photoshop, so I created these in a fraction of the time that I created the original shapes in MyCaseBuilder’s application. Finally, I outputted small, high-contrast, JPG files that I uploaded to their Photo Tracer application. Perfect and easy! Here are the shapes that I created in Photoshop. 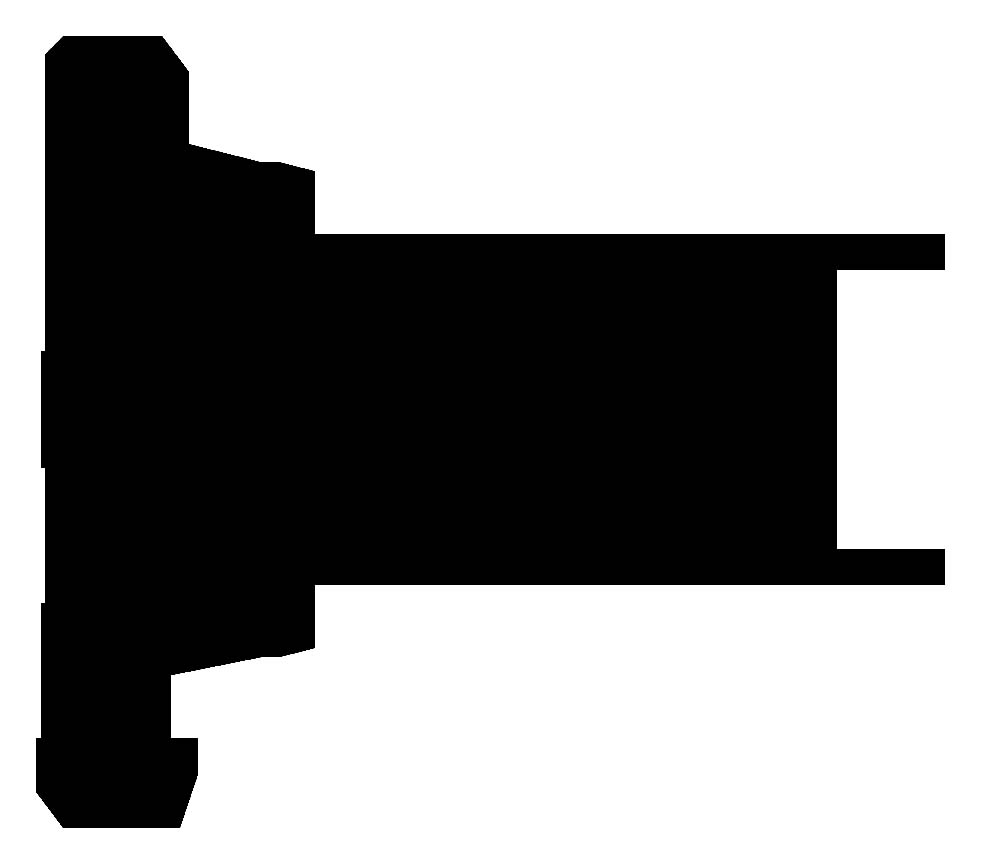 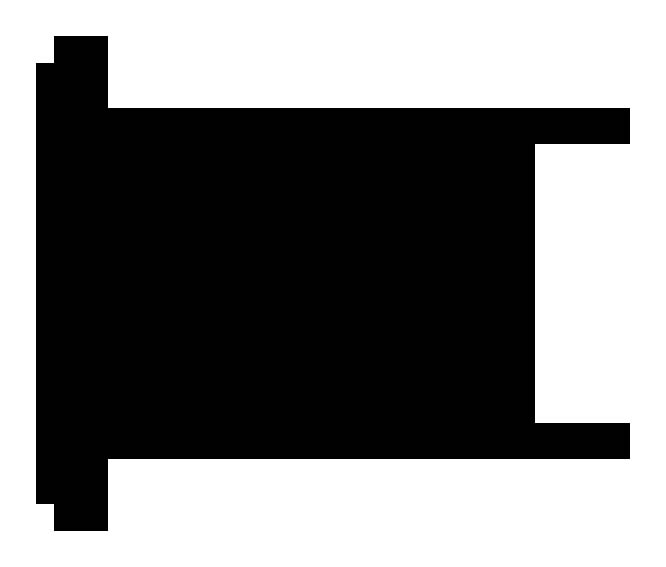 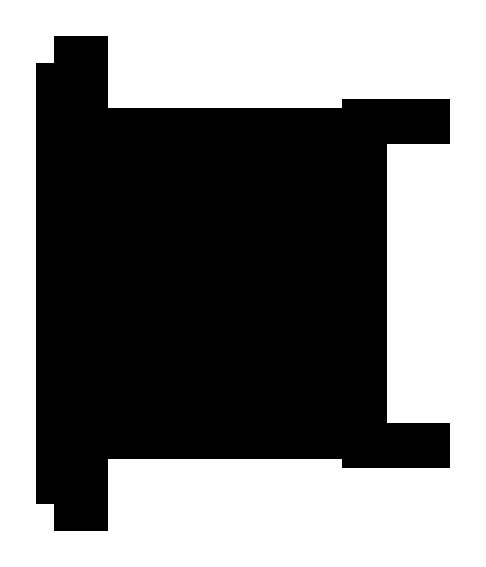 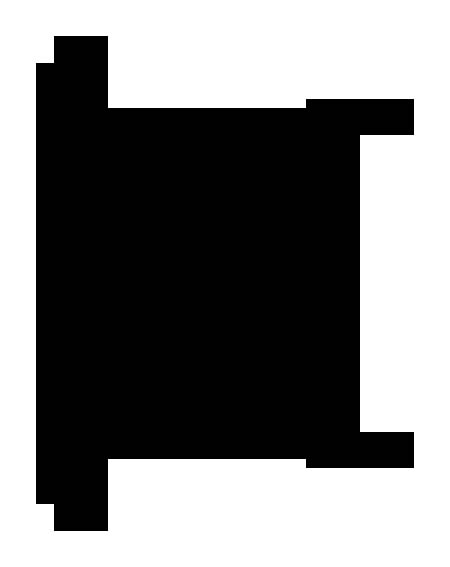 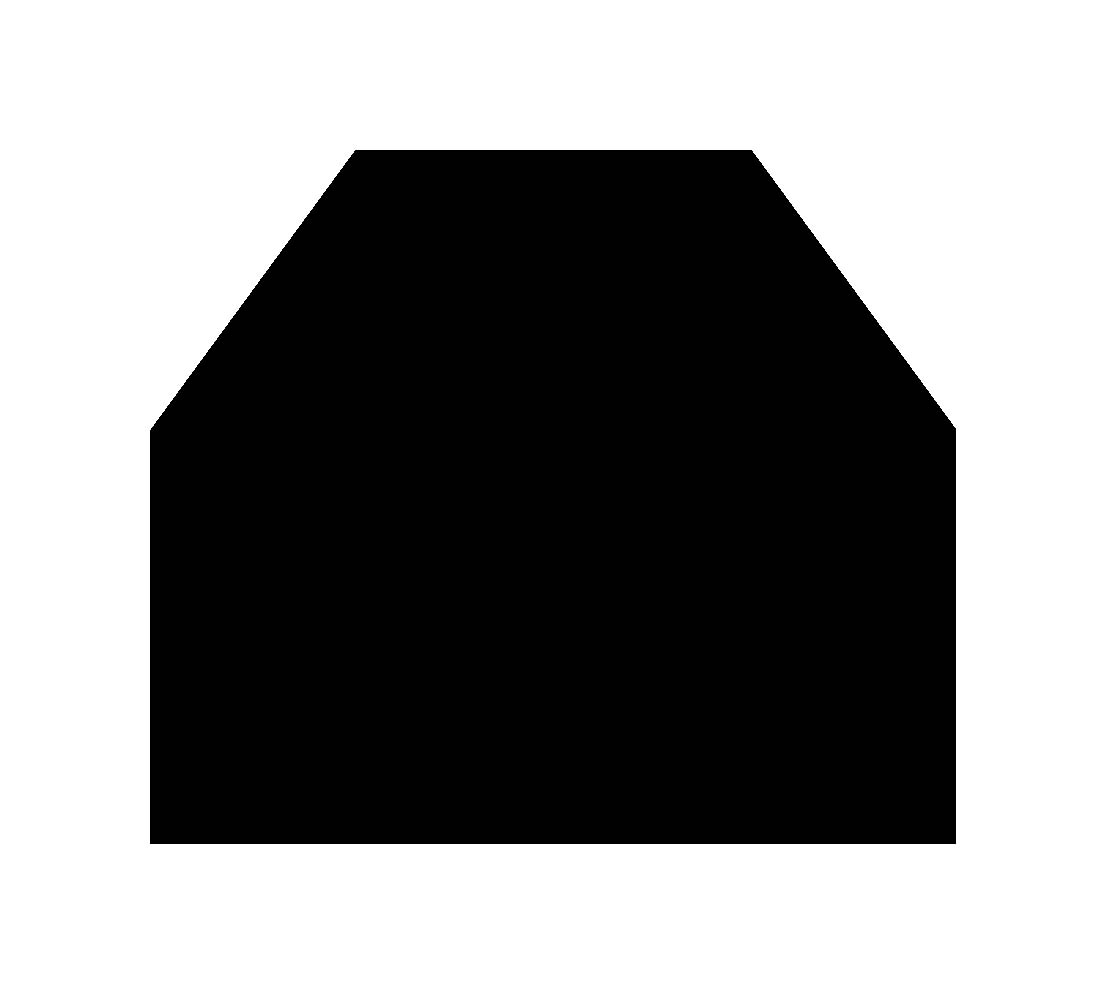 With these shapes being very simple, using the Photo Tracer application was straight forward and highly accurate. However, I recommend that you keep the dimensions of the files small. The navigation in their application was not the easiest. Zooming in and out was accomplished with mouse clicks on buttons, and moving around was with right-click and dragging. I personally use a trackball, so this was very awkward. This might be a personal preference, but by keeping the dimensions small, I was able to minimize the zooming and navigating. Much easier! Here are the final case layouts that I submitted on January 9, 2015 for the FailSafe Protection do-overs. 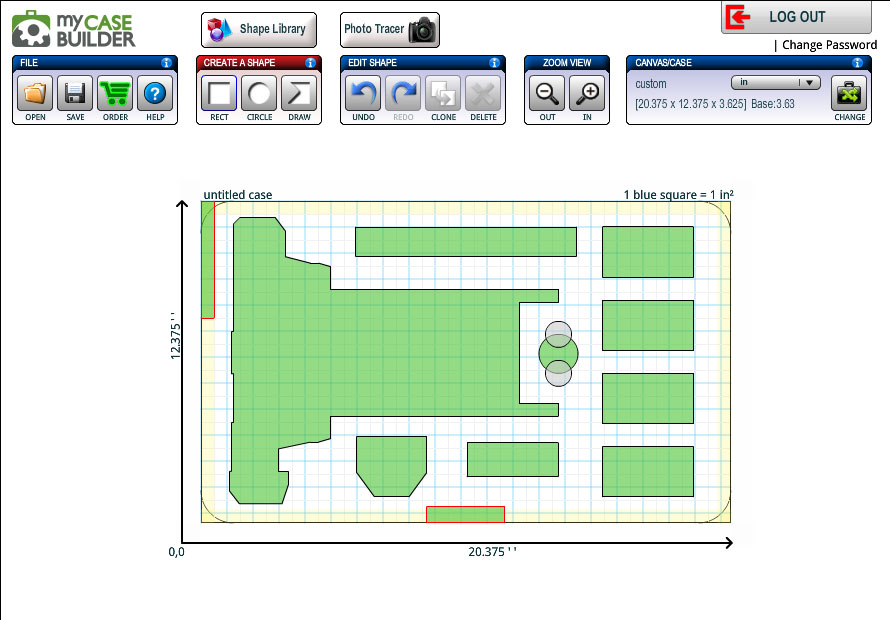 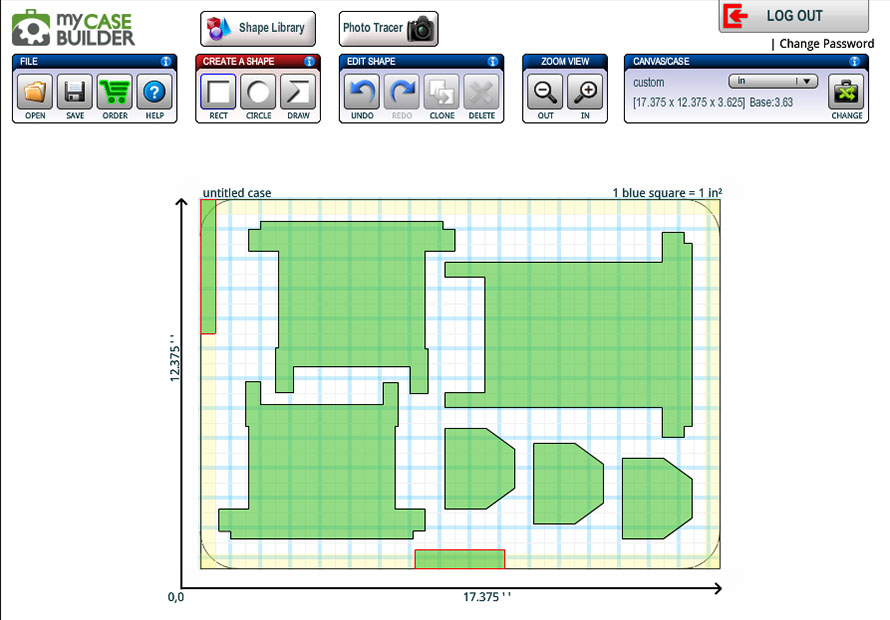 After patiently waiting for only a few more days, my new case foam arrived on January 22, 2015. However, there was a new problem. Although the larger case with the camera was perfect, the smaller case was made incorrectly. The cutouts for the lenses were too deep. I called, and they concurred after looking into it. A mistake was made on their part.

So ultimately, the foam for the small case arrived on February 3, 2015. I think they look great and should last me at least another ten years or so. 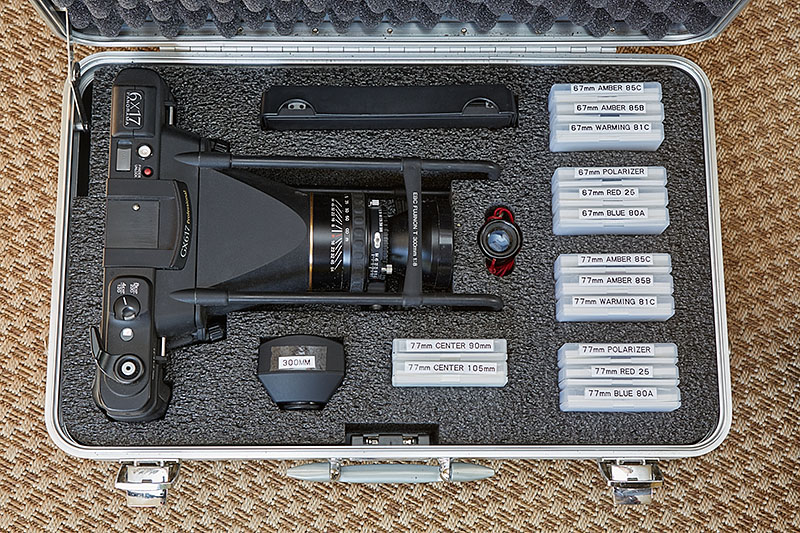 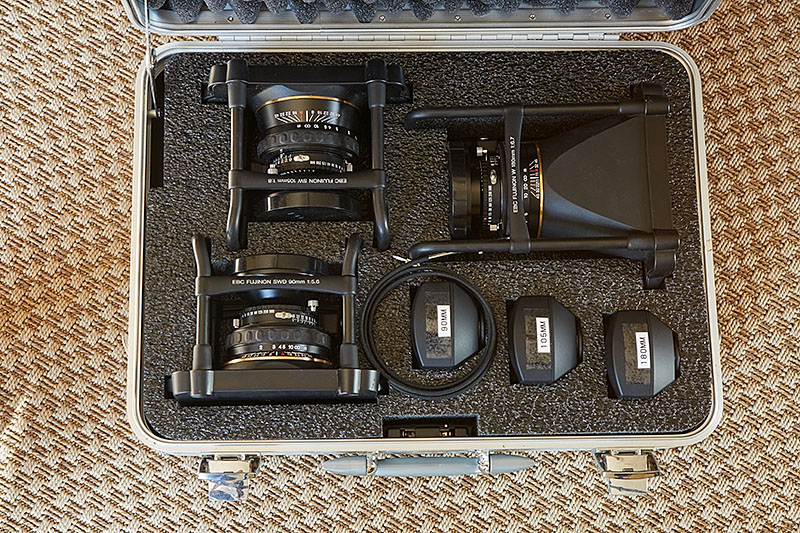